We all have moments of weakness...

“Just one biscuit won’t hurt, one can of coke never killed anybody. Ahh what’s a few beers between friends. ..” 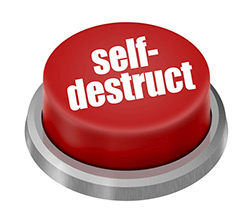 Everyone has moment of weakness, the difference is that people who reach their goals, and maintain their goals react very differently to most people.

When they have a slice of their colleagues birthday cake they don’t think “oh well that’s it then, another day wasted! Screw it may as well have another piece!” In fact since the days ruined I may as well have a take away tonight ‘

That train of thought is akin to dropping your iPhone, scratching the case slightly and thinking:

‘screw it I may as well throw it on the floor and stamp on it until the screen breaks now, who needs phones anyway?!‘

What the successful do is allow themselves the treat, it’s not every day and why be rude and decline someone’s birthday cake? Simply take a smaller slice, enjoy it, and move on with your day. Don’t put yourself through an emotional roller coaster, just let it go.

Later they might have a smaller portion at dinner or hit the dec for some press ups. If its on a 20% day it’s no bother at all. 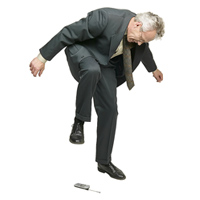 So if you ever stray from the path for a second don’t worry. Literally everyone does, and that’s what makes it a healthy eating lifestyle and not a diet. This is not a temporary eating plan, it’s a plan for life, and sometimes we eat things that aren’t so good. As long as it’s not often and you don’t end up ‘throwing the baby out with the bath water ‘ it really is no problem.

Have a healthy day, look forward to seeing you in the studio.